Loess is an easy prey for the erosion that contributes to shaping these trays scenery. The area is known for its many cave houses dug into the clay friable loess. Today, there are still millions of people who live in these underground houses. 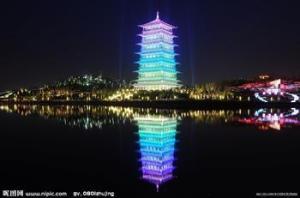 This region of six million people remained rough, inhabited for many farmers. This is what happens in the history of famous film director Zhang Yimou, who Ju, Chinese woman, with Gong Li in the lead role (Best Actress Award at the Venice Film Festival in 1992).

The city of Xi’an has approximately three million people, of which a large Muslim minority, the Hui (approximately
100 000). 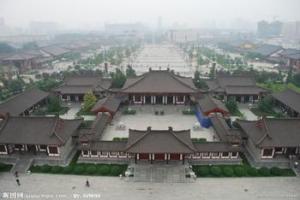 The construction of a railroad in the 1930s, the city has given a boost, after centuries of lethargy, linking industrialized coastal provinces. It was not until 1949 that Xi’an is undergoing profound changes in industrializing.

Many textile mills were created using the cotton produced in large quantities in the province.

Other plants are dedicated to the manufacture of chemical fertilizers and agricultural machinery, there is even a large pharmaceutical plant in joint venture with Belgium. But it is tourism which is becoming the most important industry.

1 thought on “Travel in Xi’an”