A Bite of China

“A Bite of China” was broadcast on China Central Television Documentary cuisine, the main contents of the ecological food throughout China. Chinese cuisine through multiple sides to show the lives of the Chinese people food rituals, ethics and other aspects of culture; experience with Chinese characteristics associated with food ingredients and form a series of elements of Chinese cuisine unique temperament; understand Chinese food culture delicate and long history. 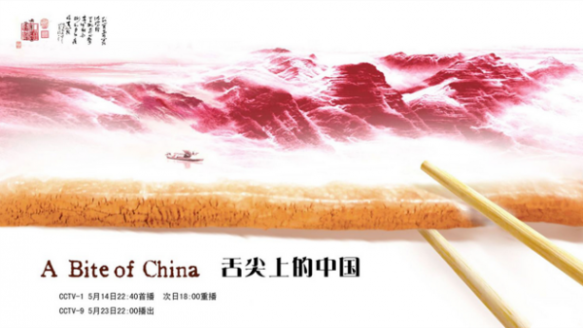 A Bite of China A Bite of China2

Xiamen is located in the southwest corner of Gulangyu , Xiamen City, separated by only a 600 meters wide Lujiang , ferry 5 minutes .

Gulangyu or music talent, piano has the highest density in the country , they have a reputation , ” Piano Island “, ” Music of the township .”

Gulangyu is the ” cradle of musicians ” walk in every corner of the trail , you will hear the sweet sound of the piano from time to time , melodious violin , guitar brisk , touching beautiful voice , to the beat of the waves , the environment particularly fascinating .

Gulangyu night seemed quiet and elegant . Especially after the night construction, on behalf of the natural scene Sunlight Rock , representing the gossip Floor exotic architectural style , representing the shape of the piano music of the island and stands in the waiting hall of the overlying rock tripod statue of Zheng Chenggong , the colored lights shine down transparent brightly lit , shiny . In particular there are several laser rays across Lujiang sea and air , changing swaying , dazzling.

Wangfujing Cathedral , the most romantic places to kiss

Wangfujing Cathedral , as long as the colorful lights of the night to walk around the streets , you know how full the reasons so evaluation of the !

Wangfujing Catholic Church , one of Beijing’s four Roman Catholic Church. After the fence surrounding the mysterious original church was demolished , the European gray spire building more revealing its ancient and mysterious , new paved plaza surrounded by greenery in front of a more full-bodied human color . Both sides of the square in front of the church with seating available for rest. On the south side of the church is the largest green space Wangfujing Street , a flower , shrub , tree planting gardens stereo . Mainly due to the rose , it has a nice name – Rose Garden . From the rose garden of an artificial spring water flowing , because according to layered down the south side of the square , called ” stacked spring .” Place the whole church is more than one meter above the ground , making it even more special. It is said that due to the design exactly as Western Catholic Church , under the rose garden and a wine cellar.

Beijing Wangfujing Church is a Roman architectural style of the church, is a model of communion and Western architectural styles . While living downtown, but did not reduce its holy temperament. During the holiday season sometimes inadvertently walked from the front of the hall , sounding electric piano and wind choir singing like the sun will be coming out from inside, rippling in the winter air.

Ancient Arabs think kissing can wake up each other’s soul. In this solemn romantic place to take a good affectionate kiss , will be able to recover most of those most pure natural sweet moved.

Dalian City is located in the east coast of the Eurasian continent , the southernmost tip of the Liaodong Peninsula in northeast China , east Yellow Sea , west of the Bohai Sea , the South and the Shandong Peninsula across the sea , north of the vast northeastern plains.

Maritime gateway to the northeast, north, east and around the world , is an important port , trade, industry and tourism city. Hilly region much less lowland plains , the entire terrain from north to south , north south width narrower ; terrain from the central axis to the southeast and the northwest portion of both sides of the Yellow Sea and tilt, long and slow side facing the Yellow Sea .

Dalian environmental infrastructure among the best in the whole of China , the air quality is very good , the streets clean, on the verge of the sea , is the ideal place to live.

Yantai is located in central Shandong Peninsula, the mountains and the sea and pleasant weather, winter cold , summer heat , Weihai, east , west and Qingdao, adjacent to the north Bohai Sea , Yellow Sea , and the Liaodong Peninsula confrontation with Dalian across phase Wang , together forming a guard maritime gateway to the capital Beijing .

Shanghai’s largest Bar Street . On two or three years in the road, dotted with great style bar , the lights dim , peacefulness . Because the area close to the consulate abroad , so here faction exotic, business is booming .

Shanghai ‘s most exciting night of her , the lanterns , the city of the most active molecules from their Scriptorium merged into the streets out of the surging tide gone without a trace . So , from north of Yongjia Road, just a lack of kilometers on Maoming Road , the beautiful part of the night began to show …… Shanghai Hengshan compared , in fact, less than one in this bar street is quiet , the Shanghai dialect is ” demon , ” the lights are dim even shy . In this area in the former French Concession belong , has retained a romantic atmosphere from the French ……

Julu Road , after two years in Hengshan , Yandang become a very distinctive Shanghai Bar Street . The same night , but at least some of Julu Road phony kind of noble, more of a real human . As long as you have the courage to let yourself relax completely , and then be able to say a few simple English, it is more suitable to go there .

Night of nostalgia and ornamental River , is the subject of this bar street . Peace Hotel Old Jazz Bar , Huaxia Bank M bar the top of the seventh floor , near the Seine Union bar and 1861 bar, for these two themes set a good tone.

Duolun Road has always been a busy day , deserted in the evening , to sit down and mostly familiar faces . Crushing and the old cobblestone road on both sides of the building reminds people to some of the past ” ten foreign market ,” shook the year is not yet a go . So the story was changed to another narrative style , 1920 Cafe, Old Film Cafe, Northanger Jiakang , only the names of these bars can think of many stories .

Where a total of only three clubs , park97, the official residence of the till , but among themselves they form a good interaction . park97 almost become the default place for the weekend , senior Shanghai nightlife animals , the official residence of Hong Kong backgrounds often make here a glimpse of the stars of the figure. Wait until both sides are tired, till , but only five minutes walk away.

1. Bar Price : Per capita consumption is generally between 50-60 dollars, unless you have a special appetite ; higher hotel bar prices, the highest Pu Jin Mao Tower, Diba, ticket is 100 yuan ; 54-story building
Cafes, a cup of coffee 88.
2 .Bar features : both Chinese and Western food, both restaurants feature. Have a variety of books, some bars you can see Taiwanese newspaper the day before , ” United Daily News” , “China Times .”
3. Hours : noon to start business in general , closing time is 2:00 am , then soak for an hour you can be in general . Individual bar 16:00-17:00 rest.